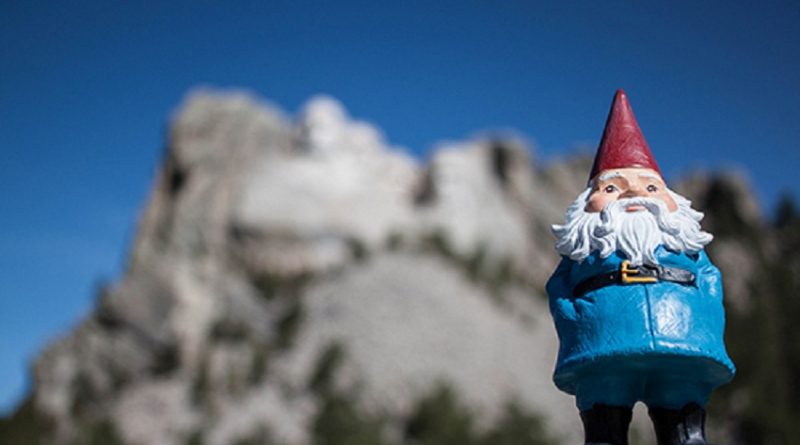 From the early days of social media, travel companies have been utilizing the service to their gain. At least for the most part, with those that failed to adopt the practice learning the lesson of its importance the hard way.

There have been a lot of great social media campaigns, especially those that stretch into multimedia like, for example, the Roaming Gnome. But there are some that were very innovative, and left a great impact on the company for a long time after. Here are five of the best.

1. LowCostHolidays On “Thomas Crooked” Traveler – This one is not technically a social media campaign, but I think it is a very important example in opportunity vs PR mistakes. Thomas Cook, a UK resident, posted an amusing comment on the Facebook page of British travel agency Thomas Cook. He said that sharing a name with the company had resulted in years of torment and ridicule, and that he felt he deserved a free holiday in compensation. The company left a polite but curt response saying that they do not give away free holidays – a post that they deleted quickly after the incident escalated. While it might have ended there most of the time, a social media rep from LowCostHolidays had been vigilantly monitoring the social sphere and came across the post.

They sent him the following personal message: “Here at lowcostholidays.com we completely sympathise with your suffering and if your name was “lowcostholidays.com” we would certainly have accepted your request to be sent away on a weekend in Paris. … So how about we send you on that weekend in Paris?” They did, indeed, give him the holiday. It became a huge social media storm, with positive attention given LowCost, and a lot of negative attention given to Thomas Cook. The scorned company made the situation worse by failing to come out with a public statement in time, deleting both their response to Cook and negative comments left by customers and Facebook users, backtracking by attempting to claim those deleting comments had been spam, and finally directing people to view their charity work. In the end, the whole thing was a massive PR disaster, with LowCost definitely coming out on top.

2. Ritz-Carlton Resorts Get Personal – Social media marketing is about more than just catching the eye of potential customers. It is about engagement, and finding innovative ways of doing so can be difficult but rewarding. The Ritz-Carlton of Naples learned that lesson when they began asking their customers questions about special preferences. These included how they liked their coffee, activities they enjoy and specifications about their room when they traveled. Then, when a customer would book a room, they would use that information to surprise them. The details allowed them to make little efforts that personalized the experience for the guest, which added a lot to their hospitality and got reviews. It was creative, cost effective and yielded great results.

3. Travelocity Gnome Gets Chatty – Back in 2010, Travelocity’s Roaming Gnome took a new approach to social media. Already having a few successful campaigns under their belt, the company took to video conferencing site Chatroulette. For those who don’t know, that is a site when you are paired with a random stranger to talk over webcam. A process that is known for having mixed results, and has caused a swell of viral videos in the process. For their campaign, they had the calls connect to an image of the Gnome with a small written sign with slogans like “This would be much more fun if we were in Rio”. The response to the seventeen calls were very positive, and the campaign a huge success.

4. Virgin America Has Some Klout – Jumping on the bandwagon early, Virgin America launched a campaign surrounding Klout shortly after the service hit the web. They offered the chance for big social media shakers to prove their influence and get a free flight from Los Angeles or San Francisco to Toronto. The offers caused a huge surge of interest, and it was talked about a great deal all over the web. It was especially popular on Twitter, and it is still mentioned as an excellent campaign today – as you can tell from this post.

5. The Standard Hotel Shutterbugs – The Standard Hotels chain generated a lot of interest when they opened up their Tumblr account to up and coming photographers to share their work with the world. They featured work by Cheryl Dunn and Tim Barber, among others. It not only gave a touch of class to the campaign, but it showcased the hotel as a trendy place with its fingers on the pulse of the creative world.

What are some of your favorite examples of travel company’s social media campaigns? Let us know in the comments.