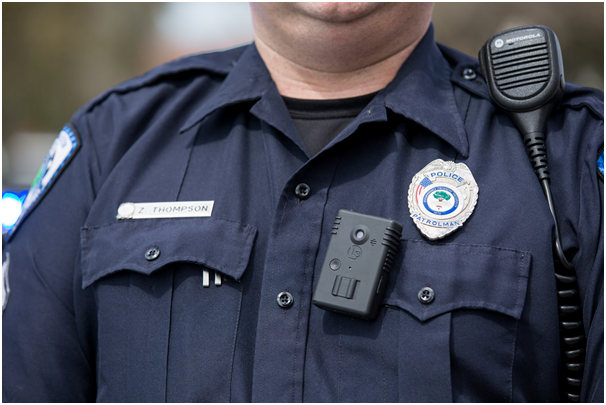 One of the latest police forces to adopt body worn camera technology is Saratoga Springs in New York State. The cameras used are small and discreet, and are housed in a robust plastic case to survive the day-to-day knocks of policing.

The use of body cameras by police officers delivers a number of benefits for everyone involved, not least that it can cut the number of complaints made against officers by over 90 percent. It also helps to de-escalate potentially violent situations, because all parties involved are aware that their behaviour is being recorded and this has a moderating effect on their actions.

Having a recording of an incident on camera also provides an accurate report that can be used as evidence, and cuts the time officers need to spend writing and preparing lengthy reports. Ultimately because it corroborates the evidence – particularly in cases where there are several different perspectives – the use of cameras can help to speed up the whole judicial process.

Camera evidence can also assist police in securing convictions is difficult cases such as domestic violence where, in the absence of independent evidence, the parties involved may be reluctant to cooperate with the investigation.

While cameras have been installed in police vehicles for some time, it’s only in more recent times that the hardware from companies such as http://www.pinnacleresponse.com/body-cameras-and-the-law/ has become more compact, allowing it to be easily worn on a uniform without restricting movement.

As body cam technology has become more widely used prices have fallen too, making it a more attractive option. Just having the hardware can reduce overall costs too, ensuring that less time is spent on gathering information following an incident. The cost of fitting body cameras may well now be less than the cost of time officers would have to spend defending their actions, or the cost of independent investigations needed in the event of a complaint being filed. It’s no surprise, therefore, that the use of body cameras is becoming the norm.