This quote gained a lot of currency in 1996, when Steve Jobs said, “Picasso had a saying – ‘good artists copy; great artists steal’ – and we have always been shameless about stealing great ideas.” Pleasingly, the quote has been attributed to a long list of great artists, including TS Eliot, Oscar Wilde, Igor Stravinsky and William Faulkner, as well as Picasso, and lots of lesser folk too. It is impossible to tell the originator from the copyists.

The artist as originator

The difference between copying and stealing comes in many shades of grey, from homage and influence on plagiarism and forgery. Copying has always been a way for artists to train. In the studios of the great artists of the Renaissance, assistants learnt to work in their master’s style by copying earlier paintings. Originality was the occasional by-product of the aim to create great art.

As the means of mass production came into being at the start of the modern era, the idea of artistic value as lying within the creativity and imagination of the artist took hold. The artist as visionary was born in the nineteenth century and originality became a defining feature, a requirement for great art. The expectation that artists will come up with work that is completely different from anything that has gone before continues to cause arguments about the very nature of art itself, for instance in this spat from 2014.

Ideas around copying have inspired many artists, notably Andy Warhol, and there are numerous art forms that are designed to be copied – prints, silk-screens, and photographs. High quality artwork copying allows artworks to reach a wider audience and modern technology produces work to a very high standard. 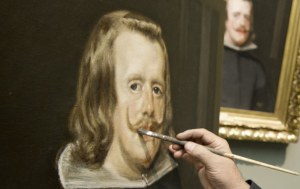 When is it stealing?

Picasso may or may not have coined the quote, but the best explanation of it lies in his work. He painted no fewer than 58 interpretations of Velazquez’s Las Meninas and created over 160 paintings and drawings inspired by Manet’s Le Déjeuner sur l’herbe. His most famous painting, Guernica, pays tribute to Raphael’s fresco The Fire in the Borgo, but while the influence is clear, it is different in every way. Unfortunately, paintings aren’t the only things that can be stolen. As technology gets better, more and more people are having their identities stolen, which can obviously be devastating and becomes a legal matter. If you need advice on legal matters, why not contact Ascot solicitors companies such as Parachute Law.

Steve Jobs seemed to understand the difference too. Apple went on to sue Samsung, HP, Motorola, HTC and Microsoft for copyright infringement.

RSS Error: A feed could not be found at `http://www.wetakecareofbusiness.net/rss-feed/`; the status code is `200` and content-type is `text/html; charset=UTF-8`