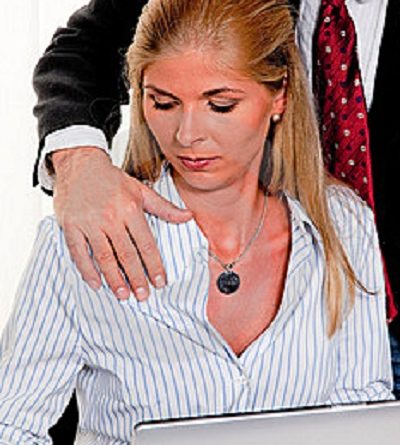 It’s happened to a lot of people at one time or another. They’ve been at work and found themselves subject to one form of unwelcome contact or another. Perhaps a co-worker reached out to touch their arm in a way that feels overly familiar. Maybe a boss cracks sexually explicit jokes in their presence and it made them feel uneasy for reasons they can’t quite explain. It goes without saying that you’re uncomfortable and want the behavior to stop… but how do you handle it without jeopardizing your job or your reputation with your company?

Sexual harassment is defined as any unwelcome conduct in the workplace that is of a sexual nature. Sexual harassment can be physical in nature or verbal. It can be as mild and subtle as flirting and sexually explicit joking or something as aggressive as a full-on sexual proposition.

Harassment of this type can easily contribute to the feeling of being in a hostile work environment and you don’t have to put up with it. Here’s what you can do about it in three easy steps.

1. Confront the Offending Person
The first thing you should do is confront the person performing the actions that make you uncomfortable. Be very clear and very firm as far as how you go about it. Be clear and specific about the behavior that’s making you uncomfortable and leave no room for interpretation when you say you want it stopped immediately. Be careful not to smile or to act apologetic for your actions or feel like you have to explain yourself in any way.

If you make a first attempt to confront the person and they fail to listen, make a second attempt that is much firmer in nature, as well as a third attempt if necessary. If verbal attempts fail to stop the behavior, write the perpetrator a letter that you hand deliver to them.

2. Keep Records of the Behavior
If you feel you are being sexually harassed, it’s important to keep detailed records of the incidents involved. Record not only the behaviors themselves, but also when they occurred and where. Make sure to use a handwritten method – such as documentation in a pre-bound diary or notebook — that cannot be added to. You should also make it a point to tell other people what’s going on. All of these actions will come in handy if you find that you need to take things all the way to step three.

3. Consider Reporting the Behavior
If the situation doesn’t improve after repeated firm attempts to stop the harassment, then it’s time to think seriously about reporting the behavior to the appropriate authorities. If it’s a co-worker, speak to your manager about it. If it’s your boss or a higher up, go directly to human resources and discuss the matter.

You may also decide that you want to ask a sexual harassment attorney for guidance before you take action. Contacting an attorney can represent a terrific option if you’re not completely sure whether it’s time to press charges and enlist the help of authority figures in resolving the issue.

Whatever your unique situation, you don’t have to put up with workplace behavior that makes you uncomfortable. Look into your options and take action today!