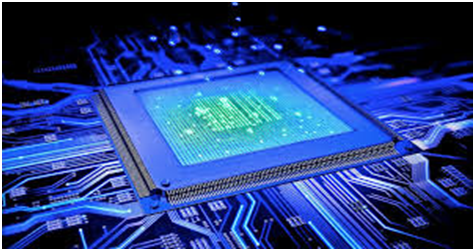 In 1904, the first commercial vacuum tube was built which was used to detect radio signals. This was a tube that electricity could be passed through from one metal electrode to another and sparked the beginnings of a whole new industry. In 1907, an American scientist produced a triode, or three-electrode tube, which was the first electronic amplifier. This was known as the vacuum tube era. This period lasted for the thirty years between the 1920s to the 1950s, with the primary electronic device being the vacuum tube. At first it was used mainly in radio receivers and broadcasting equipment but as more was learned about vacuum tubes, they came to be used in radar, televisions, electronic computers and video recording equipment.

During the 1950s, the electronics industry grew with the first commercial use of the transistor and the development of semiconductor diodes. Transistors allow electrons to flow through a solid material rather than through a vacuum tube. Transistors were first used as amplifiers in hearing aids and pocket-sized radios. By the 1960s, transistors and semiconductor diodes had replaced vacuum tubes in many electronic products. This was known as the solid-state era of electronics.

Integrated circuits were developed in the late 1950s which were very small semiconductor chips that can do the work of thousands of individual electron devices such as transistors. It was these integrated circuits that revolutionized the electronics industry and paved the way for many new products. At first, integrated circuits were used in military equipment and spacecraft. Later, they were used in radios, televisions, computers, and many other types of electronic products available to the consumer market. For Electrical Control Components manufacturers, visit http://www.osmelectrical.com/.

In the early 1970’s, researchers working in the laboratory of an electronic component manufacturer developed the first microprocessor. Microprocessors are one of the most important discoveries of the last half of the 20th century. They consist of tiny silicon chips on which all of the arithmetic and logic functions of a computer are placed serving as miniature computers. Initially they were used to create pocket-sized calculators, video games, and home appliances but went on to create small computers. Computers up until that time had been huge and very costly to produce. The use of microprocessors meant that computers could become much smaller and perform functions that the bigger ones could not. Today we see microprocessors used in things like digital watches, microwaves, mobile phones and cars.

The electronics manufacturing industry faces new challenges in the 21st century. Amongst these is the need to become more energy-conscious and environmentally friendly. The need for lead-free parts has become important and manufacturers had to create new materials and processes to become lead-free. A further issue is the increasingly shorter life cycle of products and parts. As companies compete, each wants to bring a better product to market first, leading to shorter and shorter life cycles and growing research and development budgets. There is also a demand from consumers that products are environmentally friendly at the end of their life cycles with the ability to be recycle or refurbish for use rather than taken to landfills.