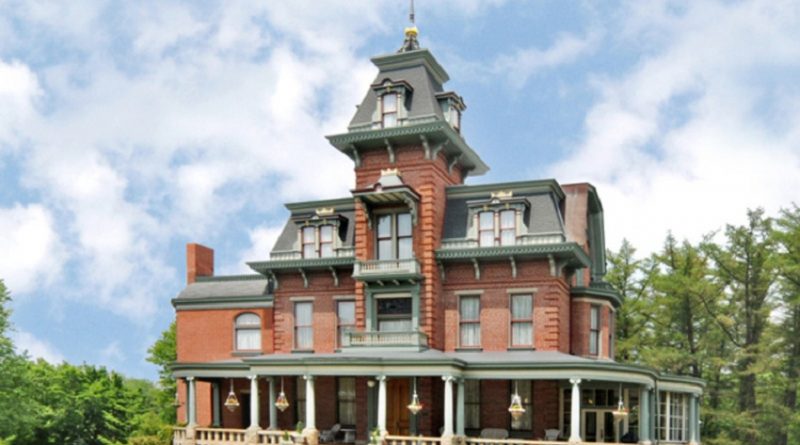 When the public thinks of homes in Washington D.C., they think of Presidents and other leaders by Capitol Hill. There are, however, other homes around the Washington D.C. area that are not as famous as Mt. Vernon or the White house, but have been lived in by celebrities or have some interesting features.

1. The Octagon House – This home was built in 1801 for Colonel John Tayloe III, an extremely wealthy plantation owner who was a close friend of George Washington’s. It has an extremely odd shape, especially considering the time period of its construction. Important events happened in the house, such as the signing of the Treaty of Ghent, which ended the war of 1812. Possibly the most interesting feature of the house is that it is haunted. Tayloe’s two dead daughters supposed haunt certain areas, and there have been multiple reportings of bells ringing despite it not being possible, attributed to the spectre’s of dead slaves.

2. Gunston Hall – This corn and tobacco plantation was owned by George Mason, a highly influential Virginian in colonial times. He helped the state found its principles when the revolution occurred, and he was looked on with favor from a large number of colleagues. The home itself is a shining example of quality architecture from that period. It has been recognized by Virginia as a national historic landmark.

3. Carlyle House – Completed in 1753, this house was created by John Carlyle for his new bride, Sarah Fairfax. It was used in the French Indian War by the British where high ranking officers made their headquarters. Carlyle House is a stone house of Palladian style, which was rare for that era.

4. Tudor Place – With money from George Washington’s will, Thomas Peter and Martha Parke Custis Peter bought the property that would become Tudor Place. It is a magnificent mansion with a beautiful view overlooking the Potomac River. Over the years many prominent officials visited the residents of Tudor Place.

5. The Old Stone House – The oldest building standing in Washington D.C. is called The Old Stone House. It is the only pre-revolutionary house that is still on its original foundation. Built as a one story brick house in 1765, this building has gone through many transformations until finally in 1960 it became a national landmark.

These are just a few famous houses that few know about. Throughout Washington D.C. there are many homes that have tremendous historic value.