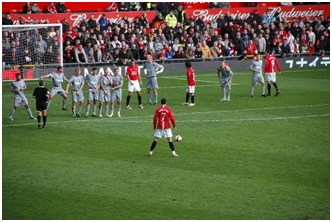 According to a recent review undertaken by Deloitte, revenue from English Football’s top tier clubs exceeded £4bn in 2014-15. 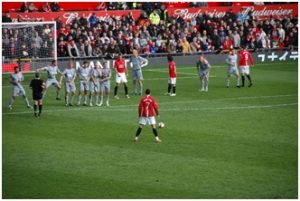 Analysts calculated this figure by combining the total revenue from 92 teams. An astounding £3.3bn was raised by the twenty Premier League clubs, a figure which looks likely to rise given the addition of a new broadcasting deal.

Senior consultant for Deloitte, Adam Bull, attributes this growth to the more evenly distributed broadcast contract, across the division. This change has enabled the Premier League’s mid-tier clubs to bridge the gap of the previously established order. The more equitable deal now means that any side can win, which in itself makes for an extremely exciting season. The competitive nature of the league is driving audiences and in turn, the values.

Bull expects to see further developments when results are in for 2016-17 season. The broadcast rights deal, set to run over three years, will garner some £10.2m in revenue for each match televised. He predicts revenue from the top 20 clubs reaching in the region of £4.3bn. The clubs also brought in £88m for commercial deals in the same period. This represents a 10% growth on figures for the previous year and looks set to increase over the course of the deal.

Although Liverpool, Manchester United and Chelsea will not be in a position to rake in riches from next season’s Champions League, they obviously still carry a huge amount of commercial value worldwide. The clubs are still tied into many of their previous deals and as such will continue to have this global reach. This is unlikely to change simply because they failed to qualify for European football on this occasion.

Football as a sport continues to be extremely popular, with more people than ever both watching and playing the sport themselves. Clubs featuring soccer drills training, such as those provided by http://www.sportplan.net/, are seeing an increase in numbers as fans bid to stay fit, while learning to play the game they love so much as well as they can.

It seems that England is not alone in seeing rising revenues and surging popularity for the game. Five of the top leagues in Europe – France, Italy, Spain, Germany and England, saw combined revenues of £9.2bn, a record figure.