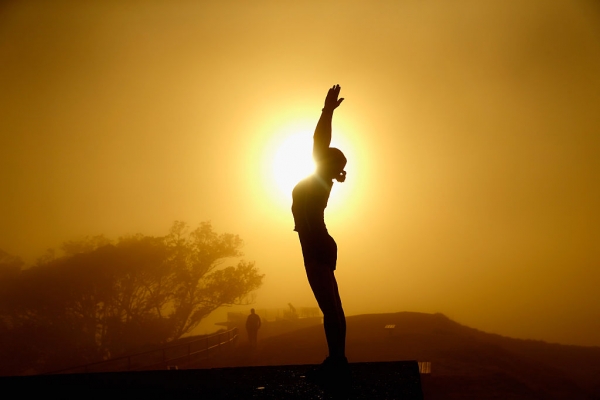 A traditional way of exercising both the body as well as the mind is known as yoga. It has been known from over past many of years and is still practiced now. India is considered to be the origin of yoga and now it has been known all around the globe. It enables the mental as well as the physical well being of a person. Yoga is a science which is been studies and researched over by many scientists even now. Today the doctors also advise the patients to continue their yoga every day for their well being and fitness.

It relaxes and also calms the brain, body and also uplifts the zest in life. It is something important for wonderful discipline and to become well physically as well as morally. There are almost six branched of yoga which depends on different people. They are Raja Yoga, Karma Yoga, Bhakti Yooga, Jnana Yoga, Hath Yoga and Tantra Yoga.

Raja yoga is known as the Royal yoga. It is known as a division of the yoga which is in connection with meditation. This kind of yoga is known to be the best for the thoughtful as well as the pensive individuals. There are several limbs which are followed from the work known as” Yoga Sutras” that is the sole property of sage Patanjali. It is to be strictly followed. The branches are yama which is known as ethical standards, niyama for self discipline, pranayama referred as control of breath, pratyahara which is the withdrawal of senses, dharana called concentration, dhyana means meditation and finally Samadhi refers to total liberation or ecstasy.

Next is Karma Yoga which is known as the yoga referring to selfless service. The individuals practicing yoga are known as yogis. They usually believe in incarnation. Karma is that which determine the way of life a single person is reincarnated into, as it depends largely on the actions which are known to be the spiritual results that took place in one’s own life. The motto of this branch is to make ourselves free from bad karma into the future embodiment.

Bhakti yoga is known to be in the pathway of devotion and it is the right choice for those who have moving personalities. Bhakti yogis are those who believe in divinity which is present around. So due to this reason those thoughts which comes from within should be always looked before as it should have spiritual fear. Some examples of great personalities following this path were Mahatma Gandhi and Dr. Martin Luther King.

Jnana yoga is known to be the yoga of knowledge. It would be the best choice for those who are scholarly. This particular yoga is practiced to achieve liberty for the yogis by following the studies of yogic scriptures.

Tantra yoga are referred to those who are attracted towards rituals those which include even consecrated sexuality. This is because it sometimes even deals with withholding ejaculation. Therefore it is a sacrifice.

Hatha yoga is the movement yoga. The most popular branch of yoga is this. It includes several movements and postures with the body but in the same time controlling the breath equally. It is said and believed that through such exercises the whole body consisting of the mind, souls and body is purified.