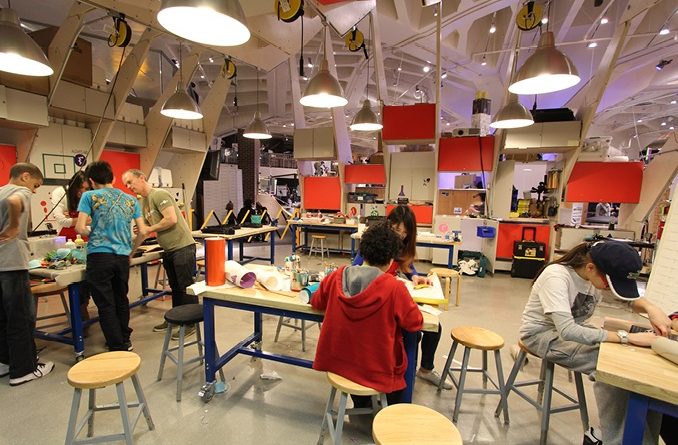 What you need to know about the Makerspace Movement is that it is one in yet another long line of teaching and learning exercises that may or may not take hold on a permanent basis. A person may easily be cynical about this sort of thing, and one feels inclined to allow the cynicism to take its proper place.

Over the years there have been many “new” ideas on how to help children learn better, and they are often better in principal rather than real life. Here is all you need to know about the Makerspace movement, and let’s hope that this time the cynical voices are wrong and this technique really helps people learn a little easier.

WHAT IS THE MAKERSPACE MOVEMENT?

If you haven’t heard of it, it is the act of creating a space, in physical terms, where a person may create something. It is about creating a space where a person may learn through creation. The type of creation involved is open to a variety of possibilities. The space may be used for woodwork, or plaster sculpting, or even just for tinkering. As a learning exercise, part of the process is to encourage experimentation and open-ended exploration. Other part is to encourage experimentation and allow mistakes because the Makerspace creators think that mistakes are good things because people can learn from them.

ARE THERE CHILDREN THAT WILL BENEFIT FROM THE MAKERSPACE MOVEMENT?

One could believe the self-created hype over Makerspace and therefore believe that all students are going to benefit from Makerspace. An optimistic cynic may hope that at the bare minimum the under achievers may benefit from the Makerspace movement. This is because the underachievers in schools are the ones being failed by the system.

There are ways to engage all students and ways to help all people learn more effectively and productively. The underachievers are the ones being left behind by the system. They are the ones that are not responding to current (or old) teaching methods and the teachers or the system has no idea how to help them achieve a lot more than they are.

One may cautiously hope that Makerspace offers something to the struggling students that simply cannot do well in school when being taught by more conventional methods. Even at a young age, an under achiever will have created several mental walls to guard his or her ego against being permanently “wrong” (again, due to the system failing them), and that student may even be acting out as a manifestation of those walls. A wildly different approach to teaching and learning, such as with the Makerspace movement, may help to knock the student out of their spiral of failure and emotional wall building, so that the student may learn and take pride in his or her achievements.

These are online areas where problems are solved by groups of students. The solutions are posted online where others may tinker and improve them. A similar thing has been going on in the programming community for a very long time and is actually the reason we have very good software that is open-source. Still, there are online locations where students are working on projects together and are having their ideas tinkered with by other people in these online spaces.

MAKERSPACE CAN BE APPLIED TO NUMEROUS AREAS

You could create a space where robotics enthusiasts create automatons and such so that they may solve a problem. Students may even create improvement to solutions that already exist. Through trail and experimentation, a student or group of students may learn how to better solve problems in the future. Creativity is the thing that powers learning.

The Makerspace ideas are supposed to help students think more critically. To help them learn how to make mistakes and learn from them instead of beating themselves up about them. Showing that mistakes are the steps needed to reach success may help to teach students that failure only occurs when a person stops trying. Failure is the thing you learn from, which means the more you fail then the closer you get to your goal so long as you learn from each failure.

The system also teaches about working collaboratively because projects may be created where more than one person works on a creative project. In the real world, a lot more may be done when people work collaboratively and in harmony. Ideally, it makes them mutually productive, and such things are fantastic when they are transferred into the real world.

The students that learn how to work collaboratively through the Makerspace movement today may be the dynamic leaders and innovators of the future. The great thing is that lessons about collaboration, creativity and critical thinking need not be tied to fancy and expensive electronics. Such lessons may be taught just as effectively with Lego toys as they may be with Internet groups and 3D printers.