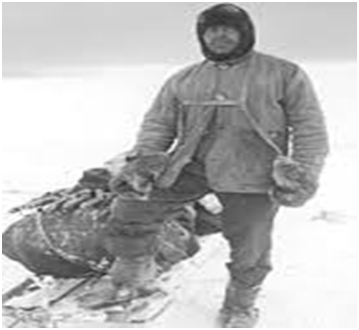 Whether you love camping or have reservations left over from traumatic childhood experiences, at some point we should pack our bags and get out there to be at one with nature. Throughout human history, people have slept under the stars whether through poverty, homelessness, travel or military causes but where did the recreational aspect originate and when?

There are about 1.2 million people at the moment who regularly call camping their main holiday activity in the UK. It’s very popular and with the current economic struggles, will most likely continue to be. Camping became a recreational activity over a hundred years ago and it said that Thomas Hiram Holding was one of the earliest advocates of camping. The first camper’s handbook was written by him in 1908. He had acquired vast knowledge after traveling in a  wagon across the prairies on America. At the age of 9, he traveled 1200 miles with his family. This is a man who knew a thing or two about outdoor living!

In 1887 he visited Scotland and camped from a canoe. He then embarked on a kind of cycling camping trip in Ireland. He wrote a book about it and urged others with similar interests to contact him. This was the start of the Association of Cycle Campers in 1901. These humble beginnings, where only 6 people attended the first meeting, were to become the Camping and Caravanning Club which now has a third of a million members!

Some of the heads of this organisation have been quite memorable indeed, including Captain Robert Falcon-Scott, better known as ‘Scott of the Antarctic’. Sir Robert Baden Powell who formed the Scouts and Sir David Bellamy the famed naturalist. Be as prepared as a boy scout and check out this range of camping torches at http://www.angloforro.co.uk/product-category/camping/lighting/torches/

The joy of camping was somewhat thwarted by the start of WWI and towards the 1930’s caravans were becoming popular. The next major shift occurred in the 1960’s when camping became extremely popular as an alternative to boarding houses. It was cheaper, the quality of campgrounds was improving and boarding houses had quite strict rules. Around this time of rock n roll and free love, festival camping arrived. With no need to travel and the ability to stay close to all the action and music meant that a rock concert could now become a weekend long party.

The 1980’s saw a decline in camping and this was a result of the advent of cheap flights and package holiday.  In 1978, 7 million people went abroad but by 1996 it was 26 million. Camping didn’t really take off again until 2007 when the economic downturn took hold and package deals were wearing a bit thin and getting more pricey. It is a great way to rediscover the simpler things in life and reignite the passion for countryside and wildlife that it is too easy to overlook in our fast paced lives.