According to a CBI (Confederation of British Industry) report, the UK manufacturing sector has been boosted by rising output from food and drink manufacturers. 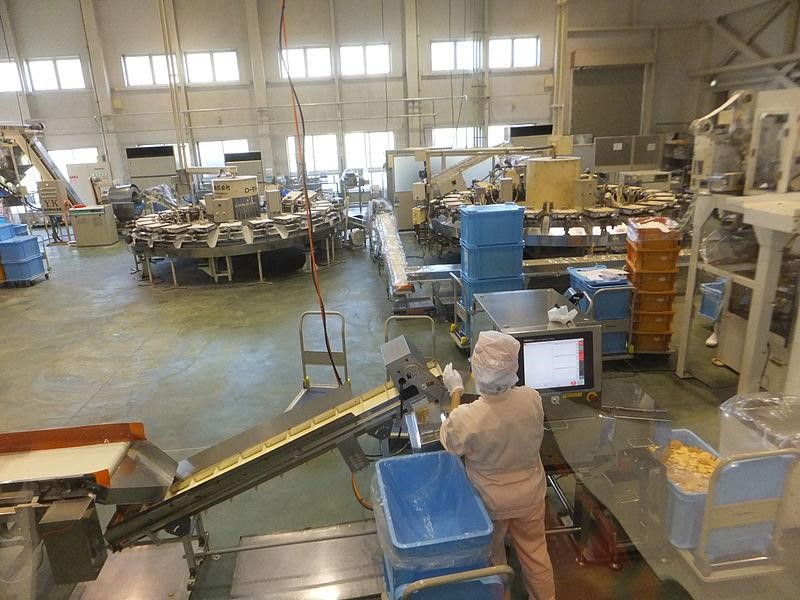 The food and drink industry is the largest sector in manufacturing in the European Community if you exclude primary agriculture. The UK is second only to Germany in terms of value added with a share of 16.5 per cent of the total.

The Impact of Winter Floods

Food and drink production has picked up in recent months, following problems caused by flooding earlier in the year. Many factories were closed down by flooding including the United Biscuits factory in Carlisle. This is the second largest biscuit factory in Europe.

Among the products affected by the floods here were Carr’s water biscuits, McVitie’s ginger nuts and other favourite brands such as Crawford’s shortcake and Crawford’s custard creams. Production has recently resumed.

According to the Guardian, the survey of almost 500 manufacturers carried out by the CBI found that output increased in the three months up to May, but most of this increase was due to a rebound in food and drink production following the earlier floods.

Food Production in the UK

Many smaller factories producing food and drink in the UK were also affected by storms, flooding and adverse weather conditions, and some have been looking to replace production lines that have been affected. An affordable option, particularly for those that may have been underinsured, is to search for used food processing machines.  Also it is very effective for food manufacturers to use a flatbed trolley to transfer large products from one side of the factory to the other.  This will stop workers injuring themselves and being off work ill.  To see a selection of different sized trollies you can look at sites including www.she-ltd.co.uk/products/flatbed-trolleys who will also give you expert advice.
Food processing machines are used for storing, mixing and dispensing liquids, mixing and dispensing foods such as flour, sugar or herbs among many other processes. A wide range of equipment can be found and this may make it possible to get production up and running again much more quickly.

The director of economics for the CBI, Rain Newton-Smith, said that although conditions in manufacturing appeared to be slightly better and order books improving, there was still high domestic and global uncertainty and export demand was lacklustre.

If food and drink production was omitted from the survey results, manufacturing output had changed very little over the last three months. The UK economy is set to grow more slowly over the next two years than was previously predicted, due to heightened global economic risks.