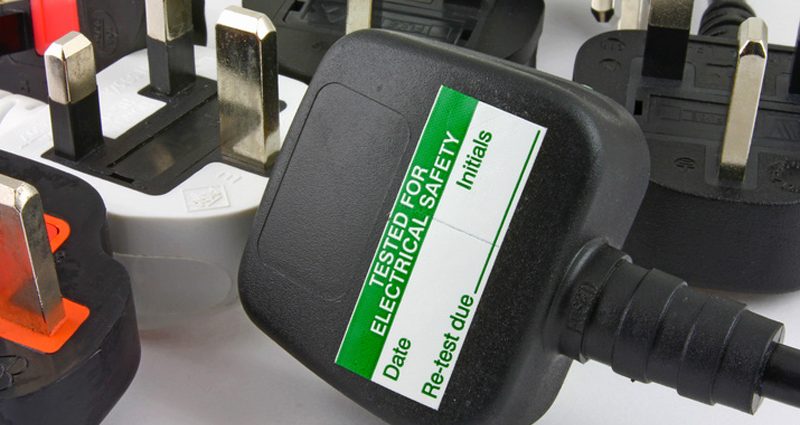 PAT-testing is the process of checking electrical appliances and equipment to ensure that it is safe to use and doesn’t present any danger to people in the workplace. External damage is checked and noted, as well as more in-depth information provided by testing. Some of the things checked are:

– User checks – informal checking over the appliance and checking for problems, such as scorch marks. These are not a formal part of the testing, but employees should be informed of the fault.

– Formal Visual Inspections – inspecting the equipment for damage. 90% of faults are found during this part.

– Combined inspections and PAT testing – appliances are tested to ensure they aren’t a source of danger. The formal visual inspection followed by PAT testing.

Is PAT-testing a legal requirement?

PAT-testing is not a legal requirement. It is a common misconception that companies must have all of their electrical appliances PAT-tested on an annual basis. In fact, there is absolutely no legal obligation with regard to PAT-testing.

Some small, low-risk businesses may not need PAT-testing. For example, an office with only a computer and a printer would be at low risk for electrical damage. An office with a vacuum cleaner, refrigerator, coffee machine and frequently used kettle may, on the other hand, benefit from PAT-testing.

However, unless there is a high volume of dangerous or frequently used appliances, there is unlikely to be a need to carry out PAT testing on an annual basis. Companies should carry out a risk assessment, and then PAT test appliances accordingly. They may find that they only need to test one item annually, and everything else only needs testing every five years.

What laws are put in place with regards to electrical equipment?

Just because PAT-testing is not a legal requirement doesn’t mean that businesses should completely disregard PAT-testing. There are several laws that they must abide by, which pertain directly to testing. Some relevant laws are:

– Health and Safety at Work Act (1974) – an employer has a duty for ‘the provision and maintenance of plant and systems of work that are, so far as is reasonably practicable, safe and without risks to health’.

– The Electricity at Work Regulations (1989) – this decrees that ‘as may be necessary to prevent danger, all systems shall be maintained so as to prevent, so far as is reasonably practicable, such danger’

– The Provision and Use if Work Equipment Regulations (1998) – employers must ‘ensure that work equipment is so constructed or adapted as to be suitable for the purpose for which it is used or provided’
– The Management of Health and Safety at Work Regulations (1999) – employers must carry out a risk assessment to ensure that employees (and anyone else on the premises) are not in danger
Can only a qualified electrician PAT test?

In short, no. Few qualified electricians carry out PAT-testing, preferring to give the job to either a trainee or a non-qualified competent person. The only requirement of the person allowed to perform PAT testing is that they are competent. The law’s definition of a competent person (per page 13 of the IEE Code of Practice) is as follows:

It is recommended that the designated competent person completes a course on PAT-testing, during which they will sit a test and be assessed as competent by a PAT testing instructor, although again, this is not a legal requirement. However, since one employee can PAT test for any premises, it’s often worth the initial investment of the course, since even if a company has multiple sites, they only need one competent person to PAT test.

A company’s PAT testing procedure depends on the volume of electrical appliances in the workplace. The size of the company also determines whether or not they hire an independent PAT testing company, although often it can be far more cost effective to train an existing competent employee.